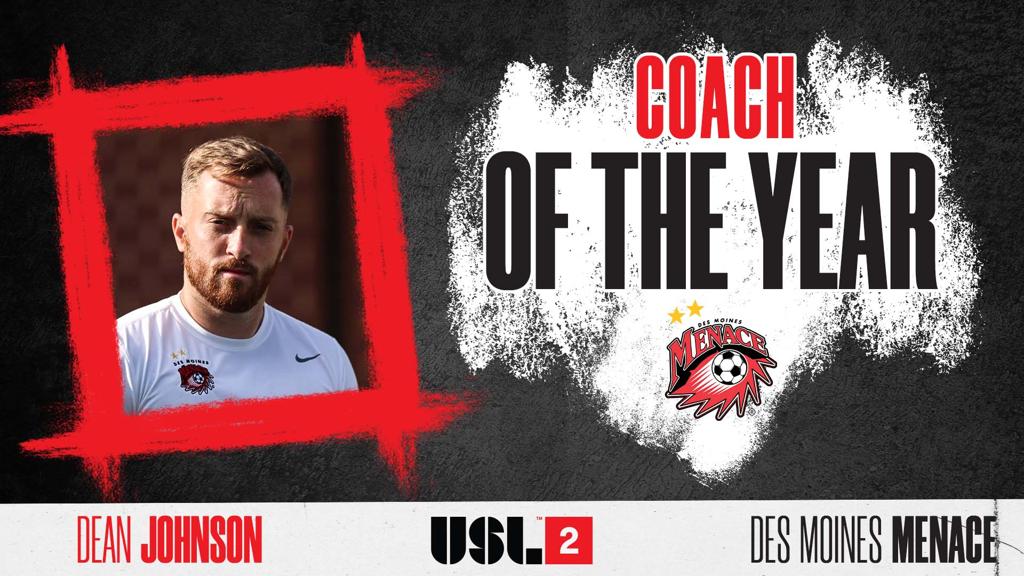 Johnson took over the sideline in Iowa before the 2022 season, and in his first year, led Des Moines to an undefeated season. They dominated the Deep North Division in their title defense campaign, enjoying a 10-0-2 record and winning the division title by 11 points.

No team beat them in open play, even in the playoffs. They were eventually halted in their title defense after Flint City Bucks advanced past them on penalties in the Central Conference Championship.

This award was based on votes from fans, League Two coaches and USL League Two staff.